Whether or not you loved studying Shakespeare in school, chances are, to this day you regularly hear - and use – lines from his 154 sonnets and 39 plays that are still continuously being staged in theaters around the world, more than any other playwright in any language.That’s not a bad linguistic legacy for someone who was born nearly 500 years ago.
Recognize any of these pearls of wisdom? All the words of Shakespeare, who was born April 26, 1564.
Well, “Friends, Romans, countrymen, lend me your ears.”
Because while Shakespeare was born, lived, worked, and died in Elizabethan England, his life and works are a travel bucket list even today.

Shakespeare was born and raised – and died - in this picturesque town in Warwickshire.Visitors today can visit the ‘Bard of Avon’s’ birthplace and burial site for an immersion into Shakespearean life.
In Stratford-Upon-Avon, WilliamShakespeare’sbirthplaceand childhood home explores his continued influence on the modern world through an enormous collection of artifacts.
At the former home of his wife-to-be, Anne Hathaway’s Cottage (pictured top), visitors can relive his own real-life love story and see much of the original building, which remains as it was 500 years ago. 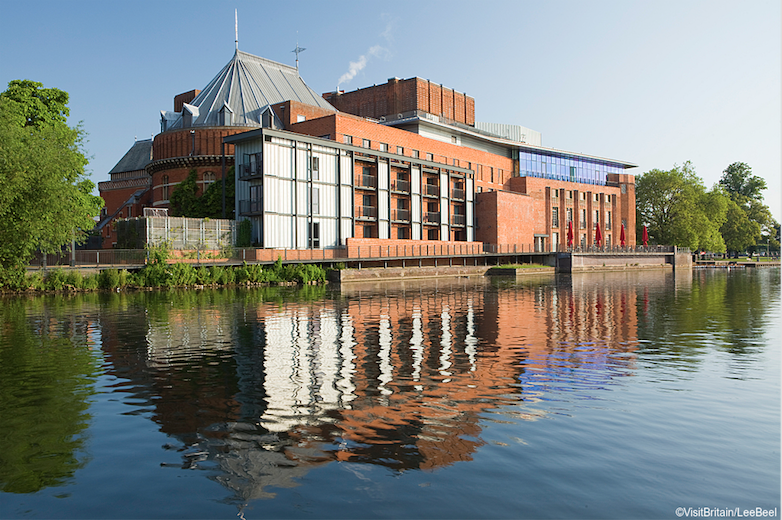 Above and Top Image: VisitBritain/LeeBeel
Don’t leave Stratford without experiencing Shakespeare’s immortal words in an authentic performance. The Royal Shakespeare Company regularly brings the works of the Bard to life showcased at the 1,000-seat, classified historic Royal Shakespeare Theatre on the banks of the River Avon (pictured above). You can find out which plays are being staged in the current season on the RSC’s website www.rsc.org.uk

There’s another Stratford on another Avon River, and they’re in Canada, a couple of hours southwest of Toronto. Both were named after their English counterparts by British settlers in the area in the 19th century. To complete the connection to the birthplace of Shakespeare, the town was gifted a pair of Mute Swans in the early 1900’s that started a colony that lives on to this day.Swans were often referred to by Shakespeare and the Swan of Avon was even one of his nicknames.
Since the 1950’s, Canada's The Stratford Festival has faithfully staged the works of the Bard of Avon in an annual summer Shakespeare theater festival.
It’s one of the first, and remains one of the most prominent arts festivals in Canada. Drawing a million Shakespeare and theater lovers, it’s recognized worldwide as one of the most prominent Shakespeare festivals.Seasons often feature famous Canadian actors returning from Hollywood for the summer.

Shakespeare isn’t believed to have visited Denmark, but Elsinore castle - the setting ofthe dark drama Hamlet – is only part fiction.
There is indeed a castle at Helsingor, Denmark, which read in English is Elsinore.Kronborg Castle has existed at Helsingor since 1420 and was a key Danish coastal toll point for ships en route to the Baltic Sea.
Once one of the most important towns in Europe, it would have been a well-known name to Shakespeare, and the rocky, wind-swept, weathered coasts of Denmark are key mood-makers in Hamlet. 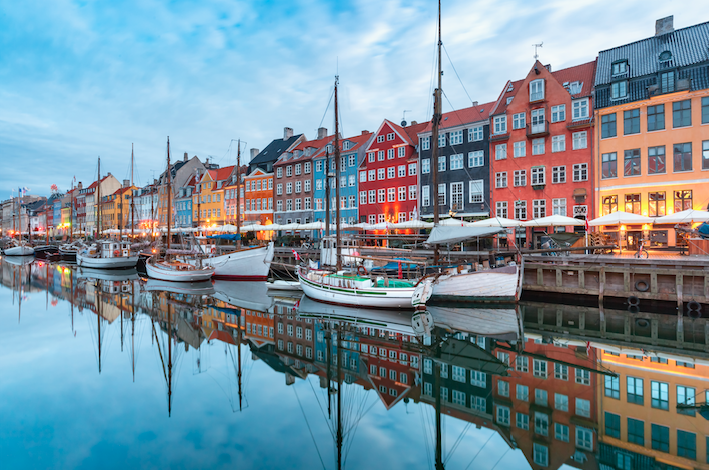 You can still visit “Elsinore” castle on an easy day trip from Copenhagen (pictured above) . Don’t miss the mighty stone statue of Holger the Dane in the castle’s catacombs. The legendary figure in Danish culture is said to be ready to awaken from his rock throne under Elsinore to defend Denmark if the country is ever in trouble.
So-called “Hamlet’s Castle” also holds live performances of Shakespeare’s plays at its summer Shakespeare Festival. Danish and international companies, including Britain's Royal Shakespeare Company, perform.

Over a dozen of Shakespeare’s plays are set in Italy – although it’s not clear if the Bard ever traveled there.
You can, though. And while many travellers know the attractions of Venice, site of The Merchant of Venice, fewer people have Verona on their travel list.
This northern Italian city, not far from Venice, is the setting for Shakespeare’s most popular, most performed and imitated play, Romeo and Juliet. You probably know that even West Side Story is a ‘modern,’ American reboot of Shakespeare’s timeless tale of star-crossed lovers.
Shakespeare’s ‘fair Verona’ in the 1300’s is a rather vague setting for the fictional villas and characters of Romeo and Juliet’s feuding families.
In today's real-life Verona, with its Roman monuments, including an ancient amphitheater and an Arena, as well as a remarkable core of Romanesque architecture, the ancient Roman Arena is the magnificent home of Verona’s opera season, and the city is renowned, if not for Shakespeare, then for its Italian artistic and cultural heritage. 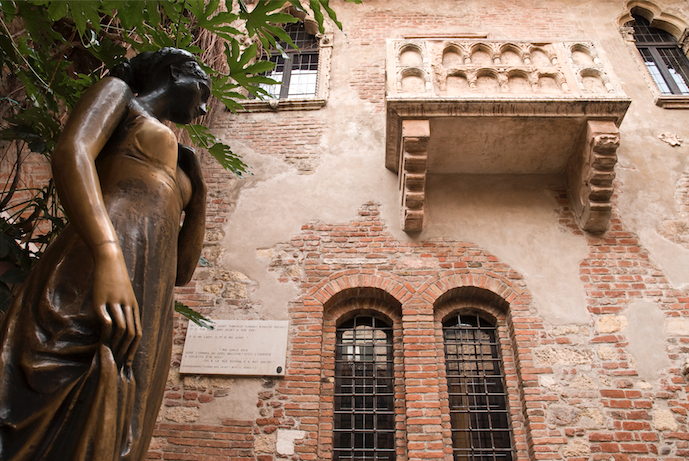 One very tangible connection to the play exists for visitors, though. A real 13th century building - dubbed 'Juliet's Balcony' in Verona - is happy to lay claim to the Shakespearean romance. The balcony (picture above) on the house once owned by the Cappello family - similar to the Italian version, Capelletti, of Juliet's surname 'Capulet' - draws crowds of fans. You'll find a statue of Juliet in the courtyard below 'her' balcony, and a museum inside with Elizabethan-era costumes plus the actual bed used in the 1968 film adaptation.

While Shakespeare lived in England – on the same island as Scotland -it’s not believed the playwright ever ventured that far from Stratford or London.
Nonetheless, the well-known lore and sites of the Scottish Highlands to the north gave him the basis for the evergreen, mad-with-power cautionary tale of Macbeth. 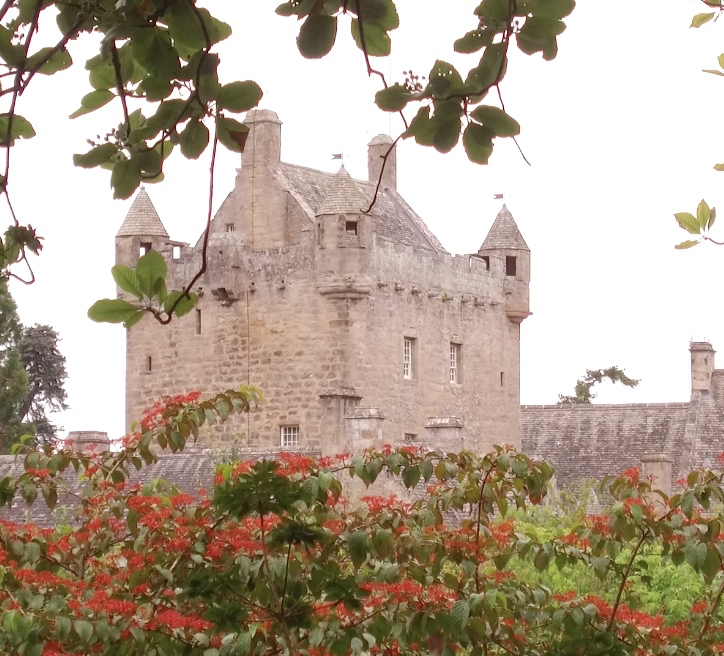 (Glamis Castle, Inverness, Scotland. Photo: BestTrip TV)
“The Scottish Play” as it’s often called, was mainly set in real Scottish castles you can visit today, including Inverness, Dunsinane, Cawdor, and Glamis Castle (which also has the distinction of being the childhood home of the 20th century Queen Mother).
There was actually once a real Scottish king named Macbeth, and although Shakespeare’s tragedy is set in Scotland in ancient times, the events – including the supernatural elements of the Three Witches and a moving forest, are pure fiction.
But the mystique and the drama of the Scottish Highlands remains for today’s travellers to experience.

By: Lynn Elmhirst, Producer/ Host, BestTrip TV
All rights reserved. You are welcome to share this material from this page, but it may not be published, broadcast, rewritten or redistributed.

For a limited time and subject to room availability, save up to 20% at a...

Now's the chance to book a solo cruise on an award-winning Celebrity cruise, with no...